Undefeated ONE Women’s Atomweight World Champion Angela “Unstoppable” Lee is looking forward to adding another World Title to her trophy mantle when she graces the Ryogoku Kokugikan on 31 March at ONE: A NEW ERA.

The blockbuster event will be ONE Championship’s inaugural show in Japan where four World Champions are set to defend their titles in a single evening, in addition to a highly-stacked main card which features the much-anticipated promotional debuts of both Demetrious Johnson and Eddie Alvarez.

Lee is beaming with energy and enthusiasm as she inches closer to her next bout.

“I’m very excited! I think this a very special fight card here for the first time in Japan with ONE Championship and all the athletes are very excited,” Lee said.

“Japan has a huge market for mixed martial arts and I’m very honored to be fighting here.” 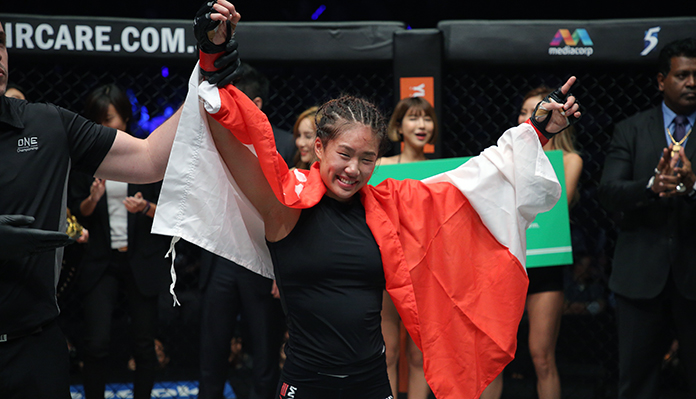 Lee will challenge China’s “The Panda” Xiong Jing Nan for her ONE Women’s Strawweight World Title. If she emerges victorious, Lee would make history in becoming the first female mixed martial artist to hold to World Titles concurrently in two separate weight classes.

It’s an opportunity and an honor that Lee is fixated on achieving.

“This is the biggest fight of my career, by moving up in weight division it’s a very big opportunity for me to get a second belt and I’m very excited,” Lee said.

“I’m feeling very motivated and I want to put on the best show of my career.”

Another reason why Lee appears full of excitement is due to her moving up in weight.

In the atomweight division where she has competed prior, Lee has had to remain on a very strict diet that kept her natural weight low year-round. It hasn’t been fun for the Singaporean sensation, so a move to strawweight has certainly piqued her enthusiasm.

Lee believes that she is more comfortable at strawweight and can focus more on honing her skills rather than keeping an eye the weighing scale.

“I’m very excited and very happy to be fighting at the strawweight division because it’s closer to my natural weight,” Lee said.

“Instead of running it’s just going to be a display of technique, drilling, and sparring. I feel that I’m going to be at my strongest at this weight division.” 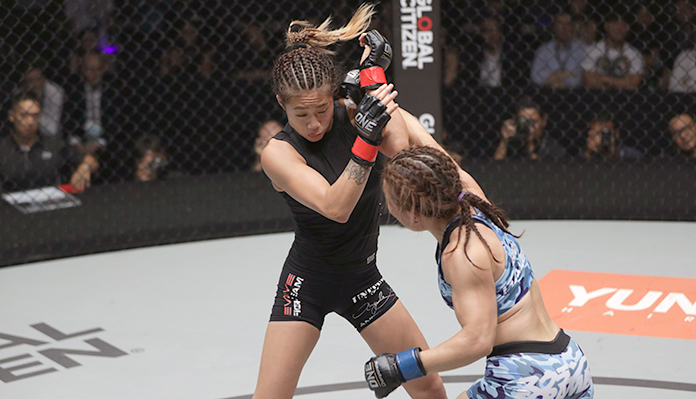 With a little over a month to go, Lee invites everyone to watch her bout against Xiong and what she feels will be the biggest event in ONE Championship history.

“I would really like to tell everyone to fill the stadium and pack the arena,” Lee concluded.

“It’s going to be a stacked fight card and I can guarantee you that this is one fight you don’t want to miss.”

The Nike React Infinity Run 2 and the Nike ZoomX Invincible Run: Keeping You Strong and Carrying On